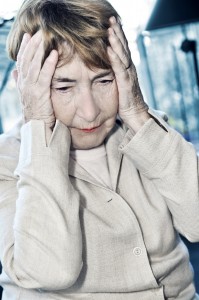 “Stroke” is a scary word that can conjure up frightening images of paralysis, loss of mental function, and even death. But have you taken the time to consider the different types of stroke, their causes, risk factors and symptoms? By educating yourself about strokes and what to look for, you could save your own or a loved one’s life and reduce the possibility of permanent brain damage.

Cerebrovascular accident, or “CVA,”
Cerebrovascular accident, or “CVA,” is the most common type of stroke, accounting for almost 87% of all occurrences. It is also called an “ischemic stroke” because it results in a lack of oxygen, or ischemia, in the affected area of the brain. It is caused by a blood clot in one of the arteries leading to the brain, resulting in a blockage of blood flow and death of the brain tissue. In this way it is similar to a heart attack and can also be known as a “brain attack.” Because the right side of the brain controls the left side of the body and vice versa, brain tissue death on the left can cause symptoms on the right side of the body and brain tissue death on the right can cause symptoms on the left side of the body. These symptoms can range from altered sensation to weakness to paralysis. If the part of the brain that controls speech is affected, the stroke victim may have trouble speaking or understanding language. These problems may or may not be permanent, depending on the severity of the damage, and often can be helped by physical therapy and speech therapy.

If a CVA is diagnosed quickly enough a potent drug called tPA can be administered, which can dissolve the blood clot and allow blood flow to return to the injured area of the brain. Opinions vary on the window of effectiveness for tPA, however the consensus is that this should be administered within three hours of a stroke onset. This can often completely reverse the symptoms of the stroke and minimize damage to the brain tissue. It is extremely important to call 911 at the first signs of CVA so that the patient can receive tPA in time.

Symptoms of CVA can include

There are several modifiable risk factors for CVA. One is high cholesterol. Cholesterol builds up in the arteries, causing the arteries to become narrow and making it hard for blood to flow through. This is called “atherosclerosis.” Eventually, blood can clot up in these narrowed arteries and obstruct flow altogether. A healthy diet, exercise, and getting your cholesterol checked regularly can help prevent CVA. Smoking can also contribute to atherosclerosis. Another risk is a heart condition called atrial fibrillation, or a-fib, which prevents the heart from pumping properly and can cause blood clots to form. The blood clots can then travel anywhere in the body, including the brain. If you have been diagnosed with atrial fibrillation, it is very important to comply with your treatment, especially your blood-thinning medications.

• Intracerebral – Where the rupture and damage occurs within the brain itself

• Subarachnoid – The rupture and bleeding occurs in an artery between the brain and the thin membrane that surrounds it.

Symptoms of a Hemorrhagic stroke can include:

Treatment for hemorrhagic stroke varies depending on severity. If the pressure on the brain, intracranial pressure or ICP, is not too high, a procedure called an angiogram can be performed. It involves threading a small catheter through a vein in the groin all the way up to the brain, where contrast dye is used to find the source of the bleeding. Once the ruptured aneurysm is located, it can be “coiled,” or filled with tiny coils of titanium wire, to stop the bleeding. This procedure takes place in the interventional radiology suite under general anesthesia and can be done on an out-patient basis. If the ICP is too high, however, a procedure called a craniotomy must be performed in the operating room. During this surgery, a flap of skull is removed to allow the brain room to swell without further injuring itself. At this time the blood in the brain can be evacuated, and the aneurysm(s) can be clipped off so they stop bleeding.

There are several ways to decrease your risk of a hemorrhagic stroke. The first is to control your blood pressure. Get it checked regularly, and if you are prescribed anti-hypertensive medication, be sure to take it as ordered. Often blood pressure can also be controlled with diet and exercise. If you are a smoker, quit- it is never too late for your body to start reaping the benefits! Another risk factor is diabetes. If you are diabetic, check your blood sugar regularly and keep it controlled per your doctor’s orders. Excessive alcohol and drug use, especially cocaine and amphetamines, can also increase the risk of hemorrhagic stroke. If you have a substance abuse problem, seek treatment immediately.

Trans Ischemic Attack “TIA”
A third concern is a Trans Ischemic Attack or a TIA. This is not a full blown stroke but considered a “mini stroke” caused by a temporary clot which reduces blood flow to the brain. A TIA is temporary and lasts only a short time, usually averaging around a minute but can last somewhat longer. The symptoms of a TIA are usually sudden and similar to those of a full stroke, only just lasting a short amount of time. A person may suffer from a TIA and not realize that it’s happening, misreading the symptoms form something else.

A TIA should be take very seriously as they are considered “warning strokes” or signals there is risk of a full stroke. In the case of a TIA most often there is no permanent damage to the brain as blood flow is restored when the clot dissolves. However while a TIA is occurring there is no way to discern it from a full stroke or when a temporary clot might dissolve. Therefore it’s always best to seek medical attention. If you believe you or a loved one are showing symptoms of a TIA or full stroke it’s critical to call 911 immediately

Conclusion
One type of stroke is not better or worse than the other. Each can range in severity from mild to devastating. The best way to protect yourself is learning the warning signs and symptoms, decrease your risk factors as best you can, and seek treatment immediately if you experience any of the signs or symptoms of either type of stroke. Remember “time lost is brain lost”.

Some additional excellent resources on strokes are the National Stroke Association at:

Or the Center for Disease Control at: 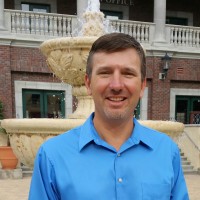 Doug Breuer is co-founder of MyCareMatch.com and has worked in senior care for the last 9 years for the State of Oregon. From investigating cases of elder abuse to managing the delivery of long term care to residents of Central Oregon, Doug has been involved in all aspects of senior care.

This is a test

YAYA makes it easy for you to jumpstat a career in Health Care. If you are a CNA, renew your license with our approved online or classroom CEU’sYAYA Medical Training Institute, was founded to provide training and certification preparation for Certified Nurse Aide candidates. YAYA... See full profile