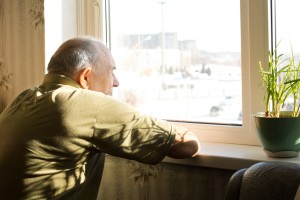 Alzheimer’s and Dementia are often referred to interchangeably, however the words have separate meanings and should be used differently.

Dementia is a descriptive term that’s classified as a progressive deterioration of cognitive abilities, enveloping all illnesses that cause a loss in mental faculty. In short, Dementia is not actually a sickness, but a collection of symptoms caused by a particular condition; most commonly Alzheimer’s but also anything from traumatic brain injury to Huntington’s disease and many others.

Alzheimer’s, a disease of the brain that causes the gradual impairment of memory and cognitive function, is estimated to affect 5 million people in the United States alone. Although it is certainly possible for younger adults to be diagnosed with Alzheimer’s, the disease typically affects those over 60. Damage to the brain, resulting in Alzheimer’s, begins years before symptoms show, as abnormal protein deposits begin to obstruct neural pathways; once these cells are cut off from the rest of brain, the overall ability of the brain is diminished severely. There is no known cure for Alzheimer’s, and a conclusive diagnosis is only possible posthumously, when an autopsy is performed.

Given the progressive nature of Dementia, it can wreak havoc on the ability to function autonomously. The effect is perhaps even more noticeable in the elderly, where Dementia worsens the physical limitations that everyone experiences with increasing age. The World Health Organization estimates that Dementia affects more than 35 million people around the world—a number exclusive of the millions of caretakers and loved ones who provide for those afflicted.

As mentioned earlier, the cause and progression of Dementia greatly depends on its source; every case of Dementia is as unique those handling the burden. That being said, there are certainly commonalities in the signs of approaching struggles with Dementia. The early signs of Dementia can be relatively mild and quite easy to explain away. For instance, the occasional episode of forgetfulness, a difficulty keeping track of time, and confusion in familiar places. It’s important to say that occasionally forgetting where you placed your car keys or similar bouts of absentmindedness are not definitive signs of Dementia, as only a trained mental health professional can provide a diagnosis. It’s very important to consult with a physician regarding symptoms as some conditions demonstrate dementia-like symptoms but are actually treatable and reversible, such as infections, drug reactions or tumors.

As Dementia progresses, forgetfulness and confusion become much more pronounced. Names, faces, places, and events become harder to recall. Personal hygiene also can become an issue for those struggling with Dementia. Advanced stages of Dementia are characterized by a lack of hygiene, repetitive question asking, and poor decision making. Perhaps the worse symptom of Dementia is the behavioral change often experienced in tandem. Sufferers often become frustrated, angry and depressed at the drastic change in their ability to care for themselves.

While Dementia is a problem most associated with advanced age, a variety of illnesses can be the cause. Parkinson’s, Huntington’s, Alzheimer’s even vascular illness and strokes can trigger Dementia. However it is estimated that Alzheimer’s is the cause for at least 50% of Dementia cases.

Alzheimer’s is still a mystery to the medical community in many ways. We know that brain cells start to fail, but the specific reason for failure remains unclear. As with many chronic conditions, Alzheimer’s is likely the culmination of many lifestyle and health factors and not one single cause.

Old age, (chances of developing Alzheimer’s increases 50% after age 80), family history, and coexisting medical conditions, (high blood pressure, diabetes, high cholesterol, cardiac disease), can contribute to a person’s risk factors. Clinical studies by groups such as the Dominantly Inherited Alzheimer Network and the Alzheimer’s disease Cooperative Study are continually testing antibodies to the genetic mutations that cause the disease in hopes of making new discoveries about the causes of neurodegeneration. The “Heart-Head” connection may be the most promising, as 80% of Alzheimer’s patients are also found to have cardiovascular disease.

The treatment of Dementia varies; and in the case of Alzheimer’s patients, the disease cannot be cured. Experts in some camps suggest that prevention is the most important aspect of dealing with Alzheimer’s; a healthy, active lifestyle far into the 70s and 80s is a great way to take care of both heart and head. Limiting intake of sugars and saturated fats works in tandem with the active lifestyle. Studies continually illustrate how a diet rich in whole grains, veggies, lean meats and fish will reduce the risk of developing Alzheimer’s or Dementia as well. Staying sharp socially and intellectually is another key component of treatment. Whether by a family member, an in-home caregiver, like those found on MyCareMatch.com, or an assisted living facility staff members—ensuring that Dementia patients are stimulated with activities and challenges is paramount.

Choosing a medication for Dementia, Alzheimer’s or not, is always to be left to the patient’s doctor; however finding as much information as possible on available prescription drugs, their potential side effects and interactions with other medications is a smart first step. Websites such as ALZ.org, Webmd.com, or Mayoclinic.org are great places for more in-depth information on the latest and most effective treatments.

Regents Point is a continuing care retirement community in Irvine, California. At this CCRC, residents benefit from multiple levels of care, including independent living, assisted living, skilled nursing and memory care, all on one campus. The community is nestled between the University of California, Irvine... See full profile